Can a power of attorney gift money to themselves? - MCS

Ask us for advice

How does conveyancing work?

Can a power of attorney gift money to themselves? 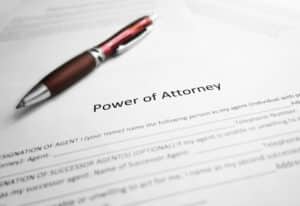 This article will cover what is counted as a gift, who is able to give gifts and when, and can the power of attorney give gifts to themselves and inherit.

Gifts enable the power of attorney to maintain relationships with the friends and family of the person whose affairs are being managed, and this fact is recognised by the laws surrounding gifts, despite the rules being specific.

The rules also work in the favour of the power of attorney by preventing people from pressuring them to give out excessive or unreasonable gifts.

The following sections are relevant to power of attorneys who have been given power to manage someone’s financial situation, not just their health and welfare.

What is counted as a gift?

The types of gift that can be given by a power of attorney go beyond just using the subject’s finances to buy something for themselves or someone else for a birthday or similar event, or simply giving away money and possessions.

The following are also included as types of gifts:

If there is any possibility that a power of attorney making a gift or loan to themselves or their family are potentially creating a conflict of interest, a solicitor will advise that a request for approval is made to the Court of Protection.

Who is able to give gifts?

If the person whose finances and property are being managed by a power of attorney has sufficient mental capacity to decide on when or who to give gifts to, then they should do so.

The following are questions that a power of attorney should ask themselves when trying to decide if the gift giver has sufficient mental capacity:

If the person is not able to succeed on any of these four tasks, then it is unlikely the law will recognise them as having enough mental capacity to decide on giving out gifts.

However, keep in mind that just because someone makes a questionable or poorly thought out gift, this alone is not proof of being mentally incapable.

Despite this, if a power of attorney is unsure, they should not make a gift until it is certain that the person is of sound mind. It is possible to get their GP to perform a mental capacity assessment, and the attorney should be aware that their actions make be reviewed by the Office of the Public Guardian.

The attorney should try to involve the donor as much as possible in decisions about gifts, even if it requires slow communication such as gestures or drawing, or waiting for a day or time when they are particularly coherent.

What if the donor is not able to decide?

If it has been decided, particularly based on professional medical advice, that the person who’s finances are being managed is incapable of making decisions about gifts themselves, then the power of attorney is allowed to decide for them who should receive gifts.

These are four things a power of attorney should think about:

Who is allowed to give gifts and when?

Unless it is specifically stated by the power of attorney, it is only possible to make a gift to two types of recipient:

1) A family member, friend or acquaintance of the donor on a ‘customary’ occasion, such as birthdays, weddings, anniversaries, religious or cultural celebrations.

Any gift must be of reasonable value in regards to the value of the donor’s total estate. This means it must not be too expensive, and along the lines of what the person would have been able to do, or wanted to do, if they had enough mental capacity. Most importantly, giving a gift must not impoverish the donor, and usually their life expectancy will be used during the consideration of what is a reasonable amount.

A threshold for the value of gifts will be determined by a judge if necessary. It will be considered on a case by case basis, based on affordability, the size of estate and life expectancy. As well as there being no evidence the donor would oppose the gifts being made. Any gifts above this threshold have to be approved by the court.

No gifts are allowed to go to a person or organisation that has no connections to the gift giver.

A record must be kept of any gift that the attorney is making on behalf of the donor. At any time, the Office of the Public Guardian has the right to demand the power of attorney provides explanation of the gifts that have been given out, including any expenses claimed during their time as power of attorney. If full, accurate accounts cannot be provided, the power of attorney may be in breach of the law.

Is the power of attorney allowed to gift themselves money? In practice, yes, so long as the gift fits with everything that has been discussed, and considerations about what is reasonable and would have been wished for by the donor have been made.

Can a power of attorney inherit?

Yes, a power of attorney can gift money to themselves. They are allowed to legally inherit assets from a person they have power over. It could be seen as a conflict of interest that a person can hold the position of power of attorney and are also quite likely to be receiving gifts from the person’s will. However, in technical terms this is not an issue as the power of attorney finishes when the giver dies.

We have just completed on our house sale and purchase, and despite buyers from hell

Great service from start to finish. The fixed fee enabled me to budget properly and not be hit with any surprise additional cost along the way.

I am currently working with home legal direct and they have been very useful and they’re customer service is great.

Opened my matter very quickly and efficiently to refer on to one of their panel firms of solicitors, who contacted me the same day.

Amazingly quick, reliable and very polite. Always in hand when we call!